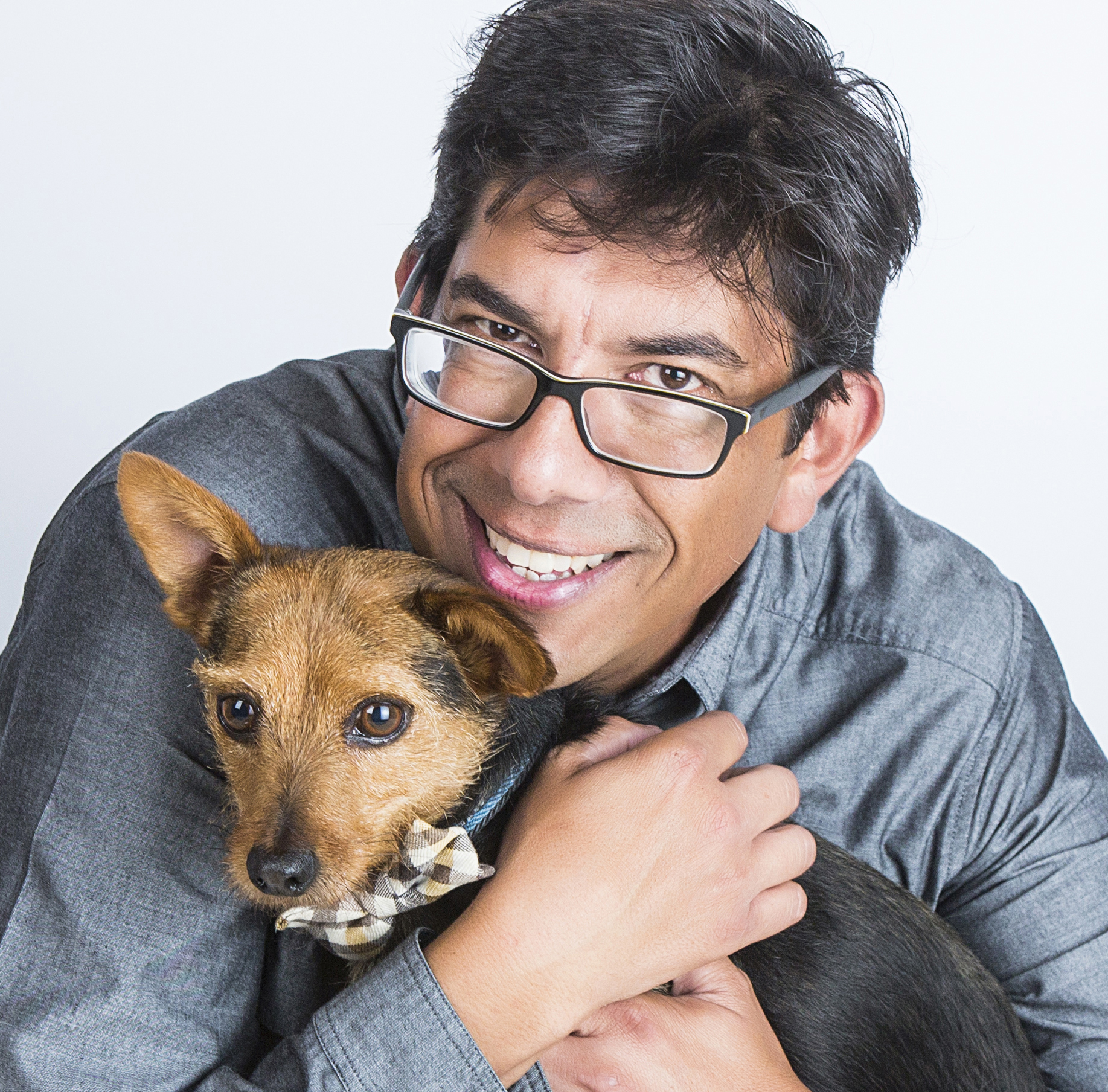 I was born and raised in Los Angeles, California, in neighborhoods with hippies, criminals, working people, and movie studios.

Like many writers (and many people who aren’t writers, for that matter), I’ve done a number of things to put food on the table and keep a roof over my head. I’ve worked as an ice cream scooper (or dipper, as people who sell ice cream are sometimes called), a political fundraiser (or telemarketer), a comic book store clerk, a bookseller, a bookstore assistant manager, an educational multimedia developer, and a college teacher (of English and of multimedia development). Among other things.

I’ve lived my entire life in the Western half of the United States. I prefer beaches to deserts. I currently live in San Diego.

My parents were Dutch-Indonesian. If you know of a good Indonesian restaurant in San Diego, let me know, eh?

My name last name is pronounced like this: Van, as in the kind of thing you drive, eek, as in, “Eek, killer robots are stomping the rutabagas!” and hout, like “out” with an h in front of it. The emphasis is on the Eek. Say it with me: van EEKhout.

When did you start writing?

When I was a kid I did a lot of what I call proto-writing, by which I mean making up stories about my favorite comic book and TV and movie characters, and making up stories about my own worlds and characters. I would write lists of entire multi-hundred-person crews of star ships and design uniforms or make up my own super-hero teams. But I didn’t really write out stories in sentence and paragraph form until junior high school. And it wasn’t until I was in college that I decided I wanted to be a writer, and that’s when I started getting some discipline and began to write and finish stories and submit them for publication. It took many years until editors began buying those stories.

Did you always want to be a writer?

No, I really wanted to be some kind of cartoonist or comic book artist, but I kind of got to a point where I could draw a very few things well and most things not well at all. If I’d worked harder at it, I might have gotten better, and maybe even good enough to do it professionally. That’s the approach I took with writing: I started out not being able to write well and kept at it until I got good enough that people were willing to pay for my stories. I still enjoy drawing, but mostly for my own amusement. And there were a few other jobs that I wanted to do at one time or another: astronomer, marine biologist, English teacher, X-Wing pilot …

What were your favorite things to read, growing up?

I loved stories about adventure and heroism, that transported me to strange and interesting places, and preferably that did it with a sense of humor. But I’d pretty much read anything, from books that were written for adults to Mad magazine and comic books and Star Trek novelizations.

What advice would you give someone who wants to be a writer?

It’s perfectly fine to want to be a writer but not want to write professionally. Hobbies are great. But if you want to write professionally, develop some good work habits. Try to write at least a little bit every day. (I know some very successful writers who only write when they feel inspired, but they’re the kind of people who feel inspired most of the time.) Understand that, when you’re starting out, your work probably won’t be very good. It’s okay to write badly. It’s part of the process of learning to write well. Be open to criticism. When you’re starting out, don’t get obsessed with re-writing the same thing over and over and over. Move on to the next project. Read, read, read and write, write, write. And if it’s making you miserable, quit. There’re lots of worthwhile things to do with a life that pay better than writing.